HVAC Services for Austin, Cedar Park, Pflugerville and Round Rock

Providing the Best Techs and the Best Service. 100% Guaranteed.

We Offer HVAC Service on All Makes and Models

Phoenix Air ATX and its technicians are:

Bill Goodman
I can’t give enough stars to this company. Called them up to due to Air conditioning wasn’t working and the Owner James came out that day and he got the system running which was 17 year old outside and 22 on the inside system. We new it was time to get a New full Air conditioning and heating system in the house. He quoted us a great price and had the new system intalled on Saturday by a great installing team which was very clean and professional. If I could give them more 10 stars I would. I would highly recommend this company to anybody.

Chris Rake
James knocked it out of the park. My AC broke in the middle of July and he was able to identify the problem and replace my motor with <24 hours notice. 10/10 would hire again.

Alex Campbell
Spoke with James today about replacement options for our 5-ton Central Air Unit. James was very professional and knowledgeable of the industry, and his 36 years of industry experience was obvious. While we havent decided which route we will take, I am very confident in recommending James for his professionalism, responsiveness, flexibility, customer service and knowledge!

R Riv
PHOENIX AIR is AWESOME ! I've been having a problem with my a/c for over a year and have done a few fixes here and there but finally decided it was time to get a new one as the old a/c was seeing it's last days - so I called James at PHOENIX AIR and he did a temporary fix for me so that I could stay cool and I decided, without him asking me - that I had decided to get a new a/c. He gave me a quote that afternoon and it was even better than the 'other guy' that had quoted me a year ago! James and his company are TRUSTWORTHY, FAIR, CLEAN, DEPENDABLE and REASONABLE ! They ordered the new HVAC unit, the whole unit came in within a week and they came out immediately and replaced my old with my NEW ! Not only did they replace the old, carry off all the old parts, but his guys were courteous, did their job expeditiously, laid down mats etc on floors, didn't leave a spec of dust or dirt or parts at the house AND they also patched up the holes that were in the HVAC closet from the previous company that put in a unit 15+ years ago. The previous company did a horrible job with punching holes in the wall and not filling in - BUT James' company/Phoenix Air patched EVERYTHING without me asking them to do it. They're awesome ! and they also follow up to make sure everything is working. Luv their work!

Kimberly Thorngate
James first took care of my elderly neighbor after Precision gave a bid of $2800 for repair. He repaired immediately for $1700. We had him install our new a/c and he was professional, explained everything in detail, on time, and called later in the day to make sure all was working well. Hands down the best in the business, highly recommend this man!

Teri Anne
James was a life saver! After receiving a quote from another company that wanted to charge me $7K for a whole new unit I thought I would get a second opinion. I called Phoenix Air and James answered immediately. He told me over the phone from what I told him was going on he didn't think I needed a new system (THANK GOODNESS!) He arrived on time and quickly found and solved my issue . I will ABSOLUTELY recommend this company to anyone that needs HVAC help and I will be signing up for their annual maintenance service. Thanks again James! 🙂

Nathan Harwell
James and his team did excellent work repairing my HVAC system in a very professional and timely manner. I would recommend him for any and all HVAC repairs or installations.

Cristi Coffey
10/10 would give more stars if I could! James is a lifesaver. I am pregnant and when our air conditioning died on us, James made us a priority. What a quality human being! He had us up and running right away, and was even able to score us a better unit in the same budget. I’ll never forget the quality and care Phoenix Air provided. Their caliber of business is unmatched (these days especially). Thank you James and team!!!

Todd Lee
James was extremely helpful and detailed. Did a great job of helping us out and did so at a very fair price.
Google rating score: 5 of 5, based on 18 reviews.

No surprises. No hidden fees. Transparent, exact pricing is here.

Few things are more frustrating than getting a confusing bill. At Phoenix Air, transparency is one of our core values. That’s why we’ve designed our pricing structure to provide maximum visibility into what you’re paying for and why you’re paying for it. To us, trust isn’t just a good thing—it’s a necessity.

Most home service companies include hidden costs and fees.

No hidden costs or fees. At Phoenix you pay what we pay.

Join our Maintenance Plan Program and get all the perks of membership: 15% discount on parts & labor, seasonal tune-ups, priority scheduling and more. 100% satisfaction guaranteed. 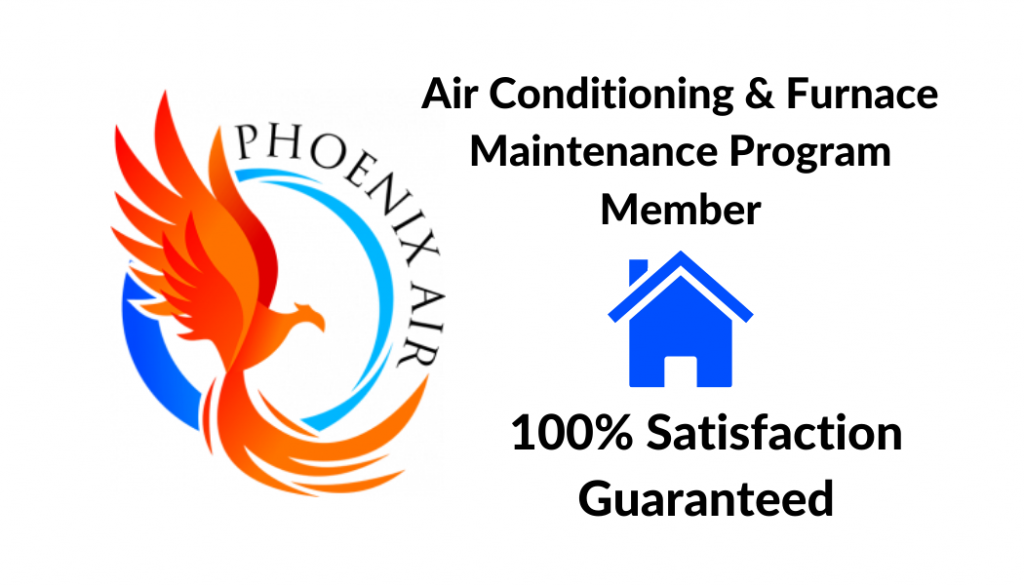